Scotland and Northern England have the largest populations of red squirrels, so during our trip to Northumberland, Trev and I made two attempts to see them: first, at Woodhorn, with their dedicated feeders; and two days later, at Wallington, with a secluded animal hide and feeders every which way around it. At Woodhorn, no success. At Wallington, I suspected it would be the same again, but after just over ten minutes in the hide, we saw first one, then two red squirrels--chasing one another, in two nearby feeders simultaneously, etc. We watched them for over ten minutes before they went on their way. As I forgot my camera in the car, here are a few of Trevor's photos of the squirrels: 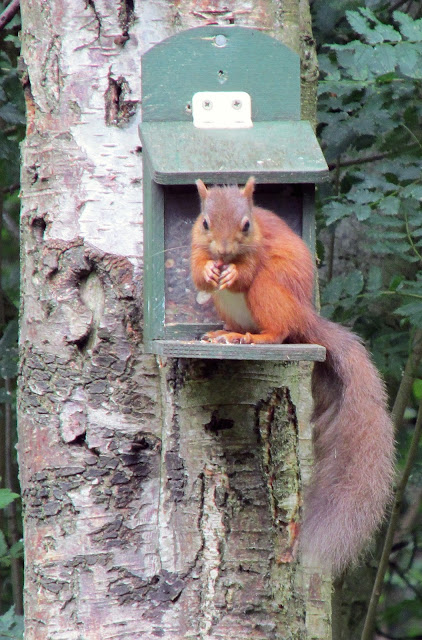 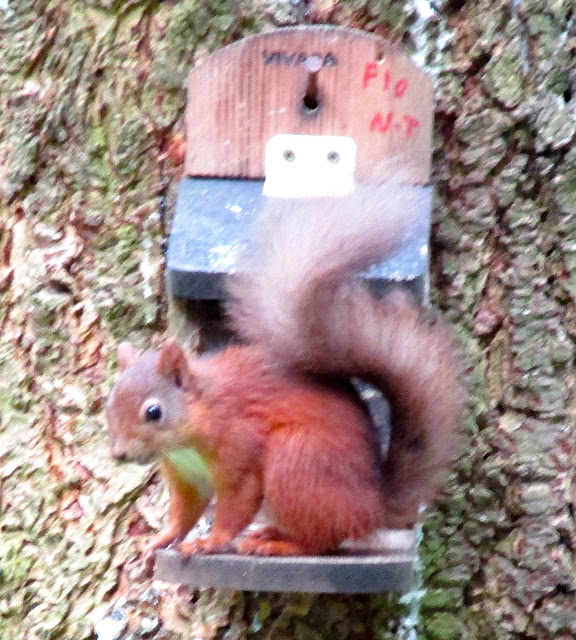 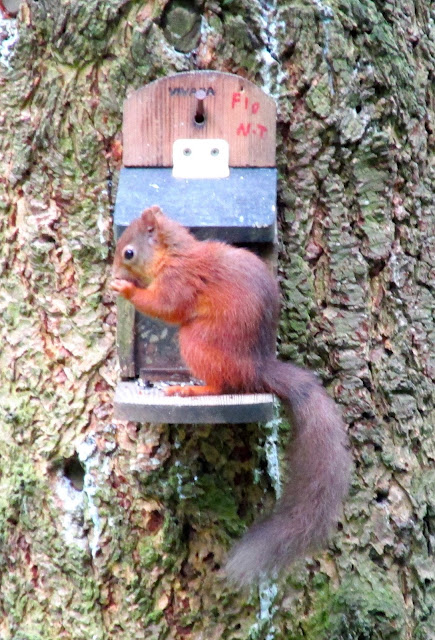 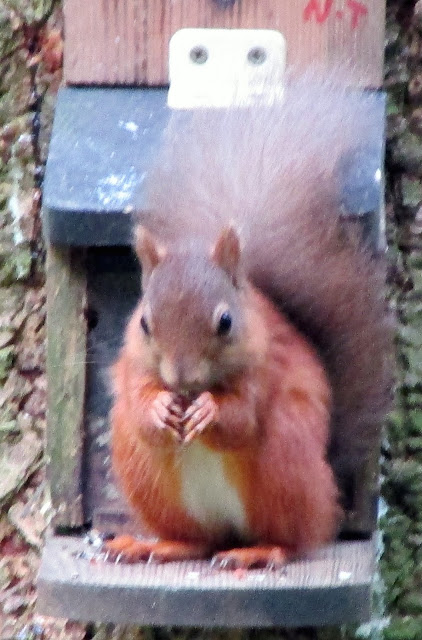 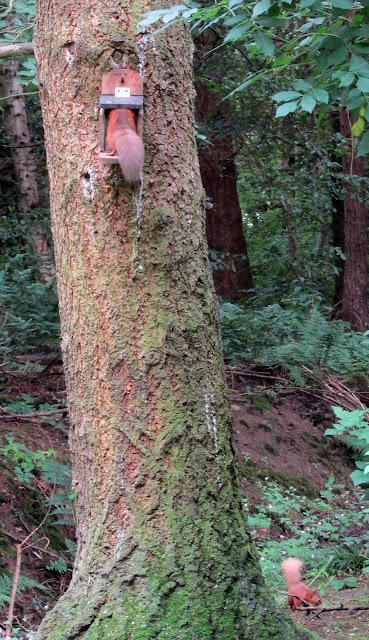 The one photo that shows both the squirrels at once-- 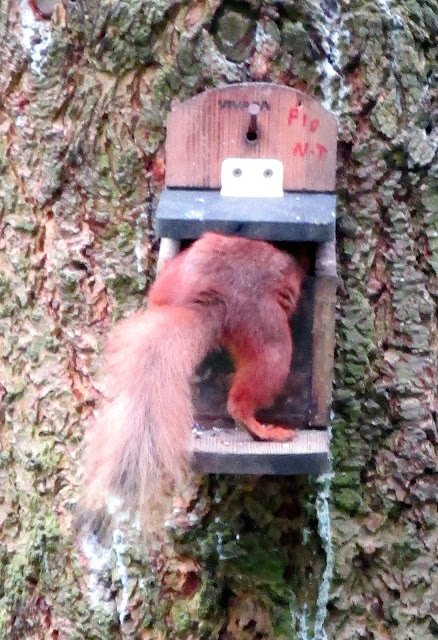 
Whenever I return to Northumbria, I'll want to time my visit to see the puffins at the Farne Islands and make an early-morning visit to Wallington's animal hide....