At the AWP I learned about Boxcar Poetry Review, an online, bimonthly magazine which reviews only debut collections. I asked whether they'd consider reviewing collections published in the UK, and they said yes, so this may also provide an avenue for emerging UK poets to obtain some recognition in the States.
Posted by Carrie Etter at 2:56 pm 2 comments:

Read Billy Mills on Peter Riley's "walking poem" and poetry and walking more broadly on his Guardian blog.
Posted by Carrie Etter at 12:07 am No comments:

Moments from the AWP in Chicago, February 2009 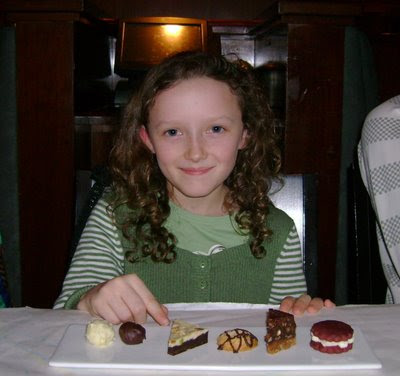 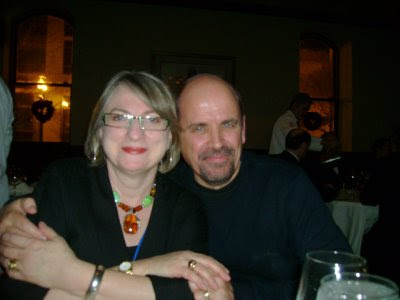 Molly Peacock and Tim Liardet at The Chicago Firehouse Restaurant 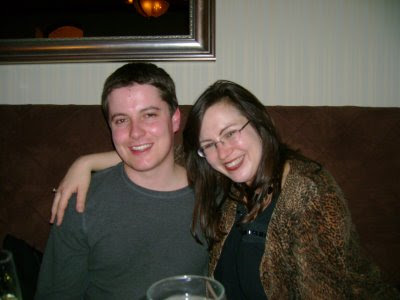 Joe Liardet and I, across the table from Molly and Tim 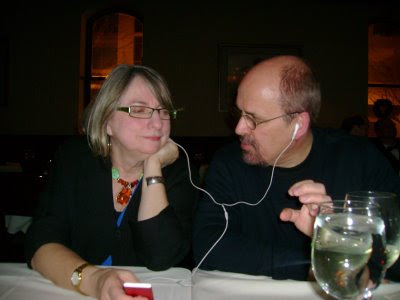 After a conversation about insomnia, Molly shares her iPod with Tim
(I think it was an audio book she uses to get to sleep)
Posted by Carrie Etter at 8:07 pm No comments:

I'm glad for the happy ending, but saddened by the difficulty pro-arts senators and representatives faced. Read about it in yesterday's New York Times.
Posted by Carrie Etter at 10:24 am No comments:

Email ThisBlogThis!Share to TwitterShare to FacebookShare to Pinterest
Labels: National Endowment for the Arts (NEA)

Another painting by Sara Cummings, age 5 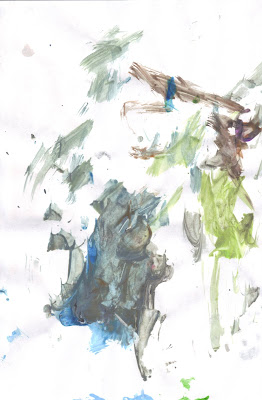 Posted by Carrie Etter at 6:04 am No comments:

A delightfully intelligent use of poetry on TV. Commentary appears in this New York Times article.
Posted by Carrie Etter at 10:36 pm No comments:

Jackie Kay on the Return of the Poetry Pamphlet

in Friday's Guardian. She's speaking solely on the situation in the UK; in the States, the poetry pamphlet, there called a chapbook, is almost de rigueur.
Posted by Carrie Etter at 2:53 pm 1 comment:

Would that I were at Mulligan's 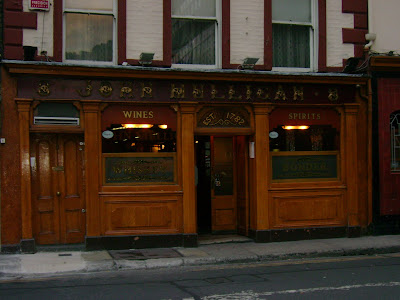 The best pint of Guinness in Dublin and, when half-empty, a great atmosphere
Posted by Carrie Etter at 6:37 pm No comments:

I knew it was in February, but I didn't realise it was at the start.
On 1 February 2007, my dad entered BroMenn Hospital in Normal for a kidney biopsy and treatment.
On 15 February 2007, he stopped breathing and was rushed into surgery. Afterwards he slipped into a coma.
On 16 February 2007, my mother called to tell me about it. It had to have been at least three minutes before I learned he was still alive.
On 21 February 2007, still in the coma, he received a tracheotomy, as he couldn't breathe without assistance. I learned that a doctor had told Mom that the nature and location of the injury were comparable with Christopher Reeve's.
On 26 February 2007, he was, to everyone's surprise, able to breathe on his own.
In March 2007, he came out of his coma. I learn that the wound that developed from the bedsore that led to the abscess on his spine (and the subsequent paralysis) is large enough to hold a fist.
In early April 2007, he was moved to Provena Hospital's physical rehab facility in Urbana. I visited. In the course of my visit, I saw him regain his awareness of where he was and what had happened (short-term memory is often lost during a coma).
In May 2007, the bedsore that led to the abscess on his spine has become infected and he is moved from Provena to St Joseph's Hospital in Bloomington.
On 15 June 2007, my poem "His Pantoum" appears in TLS. It addresses Dad's time in intensive care and my surprise at his suddenly becoming old--though this could have happened to anyone.
In June, he's reached the point where he can sit in a wheelchair for a full hour at a time (though he has to be moved from the bed there and back again by hospital staff).
In July 2007, he stands on his own, bearing his own weight. He talks about walking and cycling again as if they're inevitable.
On 4 September 2007, he is rushed from the rehab centre (a different one locally, Manor Care; he must have gone there in June or thereabouts) back to hospital on account of a high fever, indicating a new infection.
On 26 September, Dad turns 67. The year before he was cycling 20+ miles a day.
On 7 October, I remember that the night before I dreamt of my father walking--stiffly, dragging his right leg a little, but walking.
On 23 October I learn that Dad's been moved to a different hospital because the MRI was broken at the first one, and I learn that he's in so much pain that the strongest pain meds aren't really helping.
On 25 October I learn that he's developed a new abscess on his spine, and it will be biopsied and cleaned later that day.
On 26 October, high on morphine, Dad calls Mom thinking he's called from an insurance company office in downtown Bloomington.
On 22 December 2007, Dad comes home from the hospital, his first time home since the first of February.
On 3 January 2008, Dad is taken to St. Joseph's Hospital with another fever and infection. The next day, Obama wins the Iowa democratic primary.
In March 2008, I order and have sent to Dad the third season of Battlestar Galactica, so he can catch up with one of our joint favourite shows.
On 21 August 2008, on a visit home, I dream that I see my father walking, then I see him curled in his hospital bed in the living room (where it's been since December '07, when he first came home), as paralysed as ever.
In September 2008, a large Chicago law firm agrees to takes on Dad's case on a no win-no fee basis--in other words, they think it will succeed.
In October 2008, Dad returns to the physical rehab centre, Manor Care.
In November 2008, as he is being lifted from bed, Dad's leg breaks. Obama wins the election.
In January 2009, the Chicago law firm representing my father submits its claim against BroMenn Hospital.
Posted by Carrie Etter at 1:10 am 4 comments: