.
A Century Find
High up the beach, sea debris resolved in lines--
brittle black--dry seaweed and ribboned bark. That's
a stretching step.
We've gained the sand.
Footfall hallmarks the sifted acres.
We're goldsmiths of the shifting commonwealth,
brand in bulk.
Outpace the gusts and there's a rock to race to,
exceed. The tide
is lapping away (the force in gentleness):
we're the centre of all murmur--
no ocean can shoosh us.
Slowly, secrets. The confidence to confide . . .
I was, you were . . . I am, you are . . .
*
In your displaying hand a hard small shell,
offwhite, convincing pure,
drilled the once with a dainty calibre
(incremental parasite or shock-quick beak?)
Hard?--frail, sea-crushable.
Creature-perfected, capable
of a low whistle. Strung on silver,
the central jewel: a century find
to fulfil a necklace.
You throw it--so far out
it's still in your fist.
Richard Price
Rays (Carcanet, 2009)
To purchase directly from the publisher, please click here.
Posted by Carrie Etter at 10:47 pm No comments:

Absolutes simmer as primary colors
and everyone gropes toward black
where it is believed the strength lingers.
"River Road Studio"
Unreasonable lenses refract the
sensitive rabbit holes, mole dwellings and snake
climes where twist burrow and sneeze
a native species
opening stanza of "Prairie Houses"
There was a poem with
A Moon in it travelling across the bridge in one
Of those fragile trains carrying very small loads
Like moons that one could never locate anywhere else.
The Mississippi was bright under the bridge like a
Sun, because the poem called itself the Sun also;
Two boxcars on the bridge crossing the river.
[untitled; from the work numbered 32]
13
The problem proposed to the lemon tree. When will your green fruit turn yellow? When shall I understand Minneapolis?
If not grain by grain, at least loaf by loaf.
If not the river flow, at least its turn and tributary.
Still there are permissions to approach through that immigrant air.
[As they do not work as well out of context, I've not included the most humorous work in the book, the quirky poems that provide accounts of the Countess's life. You'll just have to see the collection, which I borrowed from (and returned to) The Poetry Library in London.]
Posted by Carrie Etter at 8:00 am No comments:

Email ThisBlogThis!Share to TwitterShare to FacebookShare to Pinterest
Labels: Dad

If you have a subscription to The Poetry Society's Poetry News, in the new issue (Autumn 2009) there's a splendid profile of Oystercatcher Press on the back page. I especially appreciate seeing in print editor Peter Hughes' comment, "I think the best poetry surprises by breaching boundaries, rupturing categories and genres. Cliques and false oppositions do a lot of damage in English poetry. They stop people reading widely and making the unexpected discoveries and connections upon which poetry thrives." Hear, hear!
Posted by Carrie Etter at 3:51 pm No comments:

I've come across a splendid online resource for those interested in haiku, Haiku Chronicles, a series of well-considered podcasts hosted by Donna Beaver and Alan Pizzarelli. It offers fresh, lively presentations on such topics as the 16th-century Japanese haiku master Matsuo Basho, the appearance of senryu, and the place of haiku with the Beat poets. I can't imagine these Haiku Chronicles disappointing anyone with an affection for the form.
Posted by Carrie Etter at 8:00 am No comments:

In a previous life...

I was delighted to come across online a reference to a previous incarnation, Carrie Etter as editor of Out Loud: The Monthly of Los Angeles Area Poetry Events; the article was published in The Los Angeles Times in 1990. Finding this piece was like the time I was reunited in high school with someone I'd known from my early elementary years, who told me I used to write plays and make fellow students act in them (!). I shake my head and think, No, that wasn't me, and on further thought realize, No, yes, that probably was me.
Posted by Carrie Etter at 12:46 am No comments:

Carrie is a terrific poet of wit. But let me be clear about what I mean when I say this. I don’t mean that her poetry is slapstick or necessarily laugh out loud funny—although some of it is. (Carrie was gracious enough to come and visit my poetry writing class, and, according to her, she writes one funny poem every seven years, so, according to her accounts, she’s due for one next year.) Rather, I mean by this something that M.L. Rosenthal touches on in his book The Poet’s Art. Rosenthal states,

“Pleasure, play, wit, comedy: it is hard, offhand, to think of these words, or concepts, in relation to deeply serious poetry. The connection, in fact, may be the most difficult thing about any art for people to grasp... Much of the character of poetry as an art, rather than as a mere statement of ideas or personal expression, depends on this quality of formal play. This quality militates against sentimentality (the demand for unearned emotional response) and other sorts of false eloquence. It provides the distancing that allows a poem to build itself as an organic construct in its own right.”

This is the kind of serious wit that I think Carrie creates in poem after poem: with intricate craft—gorgeous syntax, and formal control—Carrie manages—using a brain which she herself admitted to today is “strange”—to create poems that drive toward a singular aim: the almost magical combination of appropriateness and incongruity, of fittingness and surprise. In Poetic Closure, Barbara Herrnstein Smith states that wit occurs when readerly expectations are both fulfilled and surpassed. It is this effect that Carrie is after, and delivers time and again. The proper response may not be a guffaw, but undoubtedly you will feel—among many other things—that fizz in your brain that you’ve felt when you’ve heard a great punch line.

Carrie’s first book, The Tethers, from Seren Books, was published this past June. Poems of hers have appeared in The New Republic, Poetry Review, The Iowa Review, Seneca Review, Stand, The Times Literary Supplement, and other journals, and her next collection, Divining for Starters, will be published by Shearsman Books in early 2011. Carrie is a native of Normal, Illinois and is a staple on WGLT’s “Poetry Radio.” But for some time, she’s been an ex-pat, teaching creative writing at Bath Spa University in England.

In his essay “Andrew Marvell,” T.S. Eliot says that wit is something “precious” and something “needed today.” And because the making of wit is really hard work, I think this remains the case, even decades later. This is why—at least one of the reasons why—we’re lucky to have poets like Carrie Etter working today, and why we’re so fortunate to have her read for us this afternoon. Please help me welcome her."

Thanks to Mike for this lovely introduction as well as permission to post it here.

An interview and poems on Matt Merritt's Polyolbion blog

Matt Merritt has asked me some questions about The Tethers &c. and chosen a couple poems from the book to post. I'm grateful for his interest and thoughtfulness--thanks, Matt.
Posted by Carrie Etter at 2:18 pm 1 comment:

On this visit to the States (I've just a few days left), I completed a new recording for Poetry Radio, a program of NPR affiliate WGLT 89.1. I read eight or nine poems from The Tethers as well as two poems each by Claire Crowther and Matt Bryden. As I'm reading at Illinois Wesleyan University on Tuesday, WGLT decided to air today a recording of my reading one of my own poems, "Late Winter, Early Year," on at both 10 a.m. and 10 p.m. and also available to listen to as a podcast here, for at least a month. There are some fine poems to be heard; I recommend Cecil Giscombe in particular--I've admired his work for years.
I'd like to thank Bruce Bergethon, General Manager at WGLT and founder of Poetry Radio, for his steady support over the years--he's been recording me regularly since 1992, and that, and the presence that gave my poems in my hometown and surrounds, have meant so much to me.
Posted by Carrie Etter at 7:30 pm No comments: 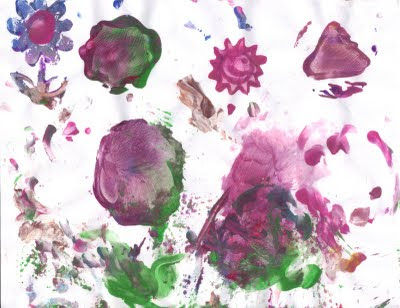 You can enlarge the pictures by clicking on them.
Posted by Carrie Etter at 12:53 am No comments:

The Son now out from Oystercatcher Press

Two newish Divining for Starters poems appear on Gists and Piths, and there's a short piece in the Weston & Somerset Mercury on my upcoming reading at the Weston-super-Mare Arts Festival.
Posted by Carrie Etter at 7:39 pm No comments:

Pablo Neruda's The Book of Questions, Part 2 of 2

XLI
What did the tree learn from the earth
to be able to talk with the sky?
XLIV
And why does my skeleton pursue me
if my soul has fallen away?
LVI
You don't believe that dromedaries
keep moonlight in their humps?
Don't they sow it in the desert
with secret persistence?
LVIII
And what was beating in the night?
Were they planets or horseshoes?
LIX
And which flag unfurled there
where they didn't forget me?
LXIII
How is the translation of their languages
arranged with the birds?
How do I tell the turtle
that I am slower than he?
LXIV
Do we learn kindness
or the mask of kindness?
. . .
Who assigns names and numbers
to the innumerable innocent?
LXXII
Why so slowly in winter
and later with such a rapid shudder?
LXXIV
When is the appointment of the rose
decreed under the earth?
Posted by Carrie Etter at 8:00 am No comments: