Peter Philpott's online magazine, Great Works, concludes publication with its current issue, number 16. I'm sorry to see it end, but its continued existence online will provide good reading for some time to come (as I always have catching up to do). Editor Peter Philpott was one of the first people in the UK to show an interest in my work in a poetics of consciousness and to ask to publish some of it, and I've always been grateful for that as well as for his encouragement of many another emerging poet.
So peruse issue 16, which includes interesting new work by Matt Bryden and Sophie Mayer, among numerous others.
Posted by Carrie Etter at 12:09 am 2 comments:

As I approach every birthday and New Year's Eve, I find myself reckoning the last year. Here's 2010 (well, the expurgated version for public consumption....):
This is the year I won the London Festival Fringe New Poetry Award for my first book, The Tethers (Seren, 2009). I cannot explain why it has meant so much to me, but it has given me greater confidence (don't let the American exterior fool you).
This is the year that two of my nieces, Katelyn Etter and Josslyn Casperson, were lost to me. Their mothers, my sisters, had signed over their rights to the state on account of the fierce intimidation and pressurizing they received from state representatives (following my sisters' struggles with drug addiction), and their other parents decided to cut off contact with the entire Etter family, both around early autumn. I long to hear from my nieces but have no expectations.
This is the year the anthology I began working on in August 2007 was published by Shearsman Books, Infinite Difference: Other Poetries by UK Women Poets, and widely reviewed as well as commented on in the Times Literary Supplement (3 times!) and on the London Review of Books blog. I've been pleasantly surprised by the number of truly positive reviews and only rarely disappointed by small-mindedness, when I thought the proportions would be reversed. Thanks again to all the contributors for their good work.
This is my first whole year without my father, but the lawsuit for medical malpractice against BroMenn Hospital drags on. I long for its settlement for the closure it will bring for my mother most of all, not to mention reimbursement for huge medical bills.
This is the year I was creatively devoted to my second book manuscript, Divining for Starters. After much work, feedback, and more work, I'm heartened by the result.
This is the year I had laser eye surgery. I began wearing contacts at the age of 15 and had to switch to glasses at 35 when my eyes would no longer tolerate the contacts. I've only had this new vision a matter of days, but I'm awed to see unaided for the first time in 26 years. It's--sorry, it's the right word--awesome!
Posted by Carrie Etter at 11:06 pm 2 comments:

An Uncollected Poem, "In the Last"

I've published numerous poems that I've decided not to include in books, because they didn't suit in terms of style, I didn't think they were good enough, or they didn't seem to work with a larger collection tonally or thematically. Some of them, though, I still like, and I stumbled across this one, "In the Last," in visiting The Poetry Library's magazine site today. The poem's set on the campus of the University of Essex, Colchester.
Posted by Carrie Etter at 9:24 pm No comments:

Email ThisBlogThis!Share to TwitterShare to FacebookShare to Pinterest
Labels: "In the Last", Colchester, The Poetry Library, University of Essex 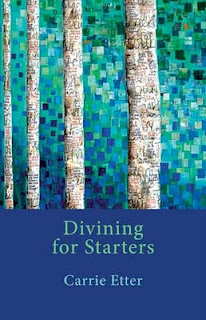 "Carrie Etter’s wonderful new book, Divining for Starters graphs a crop of new forms, swerving from blanks to bliss. Taking the long view of time, Etter writes poems that can at once be a species of call and response (erotics of language), a particulate trace of how one writes, a 'True Story', a physics of animals eating, or a vigil for stillness. She tunes into some kind of new latinate downhome radio, or maps the milky way, post-pastoral in its graphology.
Memory is here, ('fireweed for acres') as are breathing trees, fields across the world - always with a immediacy - a sense that poems are appearing right before our eyes as we eagerly approach 'the entrancing right margin'."
--Lee Ann Brown
Posted by Carrie Etter at 8:05 pm No comments:

A day with owls, falcon, hawk--part one 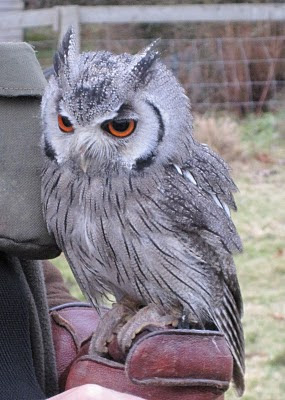 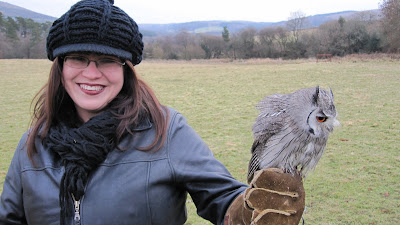 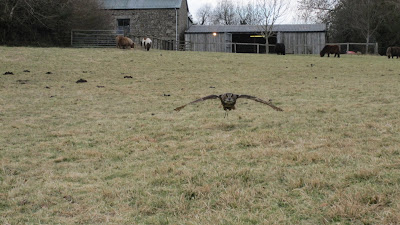 An owl flying low toward us 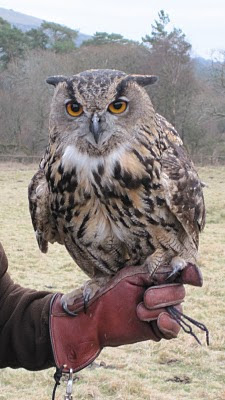 Merlin!
Posted by Carrie Etter at 9:00 am No comments:

Section VII of "Poetry for Boys":

because you ate the sunshine,

a tune to know, of history’s mesh

an epistolary flash of deer

young, always in fashion, in brave

pursuit, climbing down a piece

of fruit to get to the last boy in

town, who ate the town and

whipped his jacket up to the

wind and ripened on a cloud,

a compensating cloud in glut, and

he fell down, he fell upon those

vandals, he was a feat of sunshine.

Salt Publishing's page for Erec & Enide, with links for purchasing, can be found here.

Chad Harbach's detailed analysis of America's two literary cultures, that of the MFA programme and that of the New York publishing industry, makes for interesting and at times disconcerting reading.
Posted by Carrie Etter at 12:36 pm No comments:

My parents, Henry and Bernadine Etter, 1965 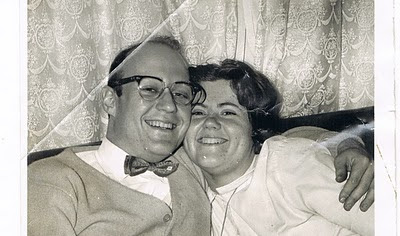 Posted by Carrie Etter at 8:16 pm No comments:

Infinite Difference on the TLS Books of the Year 2010

Jeremy Noel-Tod writes in Friday's issue, "In the year that Rae Armantrout won the Pultizer Prize in Poetry, it was good to see the thinking Briton's woman poet represented by Carrie Etter's rich and intelligent anthology, Infinite Difference: Other Poetries by UK Women Poets."
Hurrah!
Posted by Carrie Etter at 9:36 am No comments:

What Else Can I Do?
Examine yourself, river.
Wind, you have collapsed
from your adrenalin rush.
Sun, you've flooded the vertical,
splashing reeds and palming
planes. Damaged oak,
you have no heart or gut,
your only organ, skin.
I cling to you tighter
than a striped-shell snail
to a fennel stalk.
Claire Crowther
Mollicle
Nine Arches Press, 2010
Posted by Carrie Etter at 10:47 am No comments: