Sorry for the radio silence--did anyone notice? Since the start of the new year I've been drowning in marking.

Growing up in Normal, Illinois, I first met other writers when, at 15, I took an adult ed class at Illinois State University, "Women Writing Women's Lives," taught by Linnea Johnson. As soon as I began meeting other writers, I was asked if I was related to Illinois poet Dave Etter. My answers varied between "I don't know" and "Nah, I'm adopted," but I was curious.

There used to be an event called Wordfair at the wonderful little Franklin Park (the scene of a poem from Imagined Sons, I'm so fond of it) in Bloomington, and I recall, as a teenager, seeing Dave Etter's books for the first time. He wrote about the prairie and the people who live there, in a style reminiscent of Edgar Lee Masters' Spoon River Anthology.

Over the decades, when I meet another poet for the first time and say my name, I've heard Dave Etter's name brought up again and again: "Do you know him? Are you related to him?" I always thought I'd meet him sooner or later, but once I moved to England I didn't hear the questions again and when I did think about it wondered idly where Dave was in the world. Was he still in Illinois? Was he still writing and publishing poems?

Sometime last year, poet Bill Sherman got in touch to ask if he could give my address to Dave Etter, as they knew each other and Dave was interested in writing to me. Dave and I swapped several letters--and books, and on my visit to Illinois last August, we arranged to meet. As there is no public transport serving Lanark, Illinois, the town where he lives, I appealed to my great friend Mike Stivers to drive me, and Adam Aspbury came along for the adventure. The photos didn't turn out very well, but I'm glad to have them! 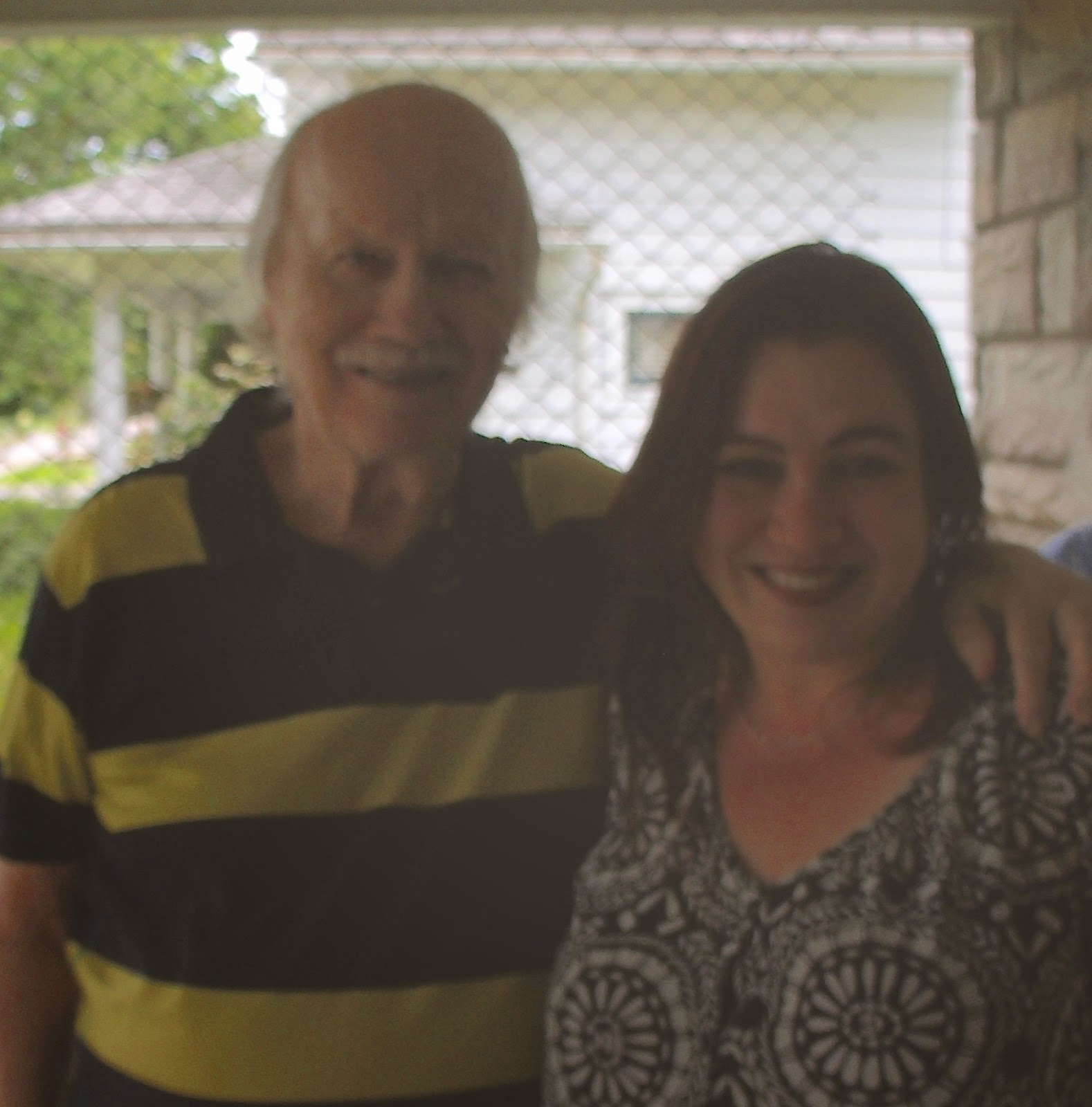 Dave and I on his front porch 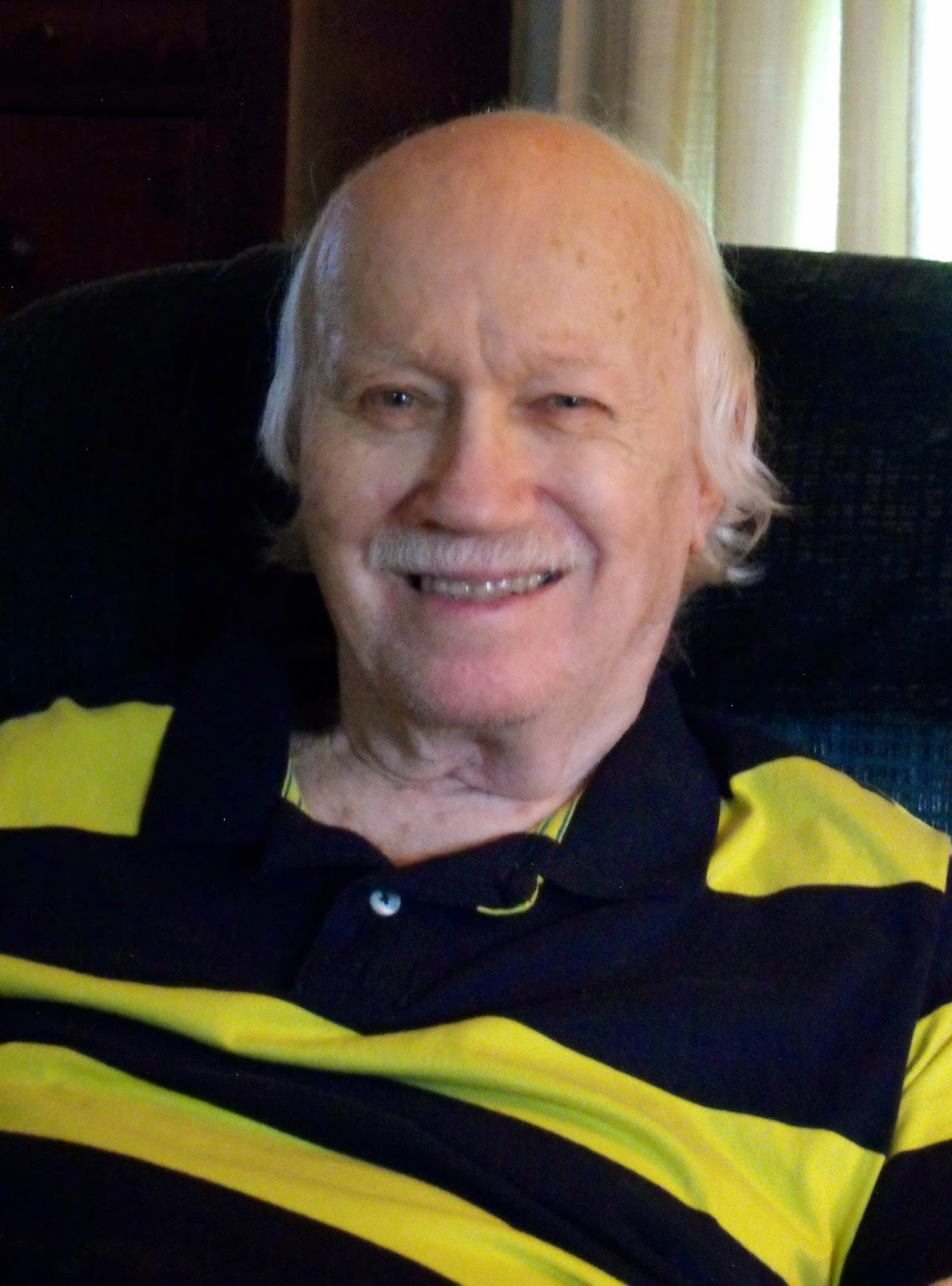 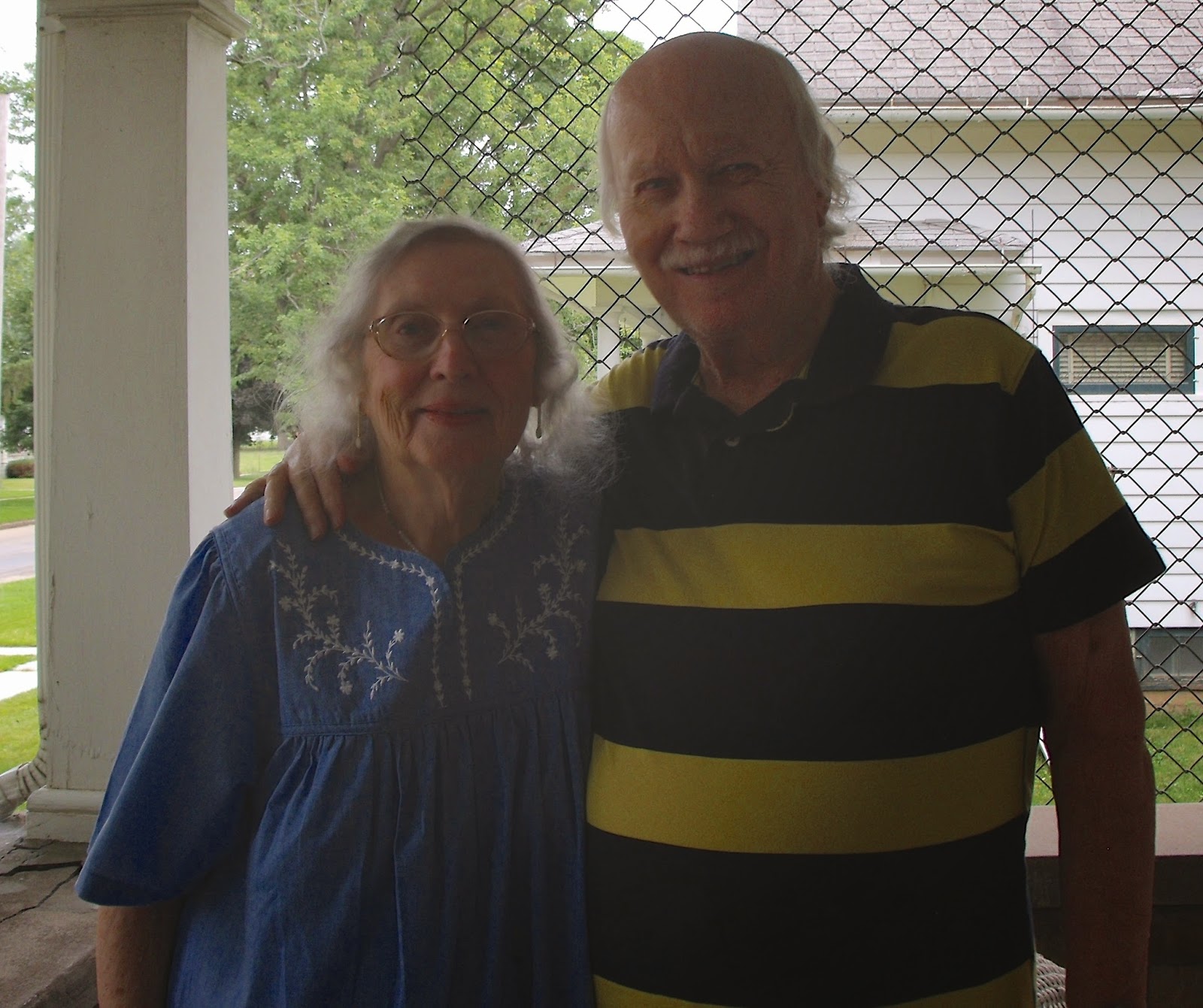 Dave and his wife Peggy, who made lunch for us all

Posted by Carrie Etter at 7:31 pm No comments: